A Game Of Thrones

Winter is coming. And the HBO series of Game Of Thrones is coming too (this Sunday actually). I finally finished this amazing book by George R.R. Martin and I totally got sucked into it. 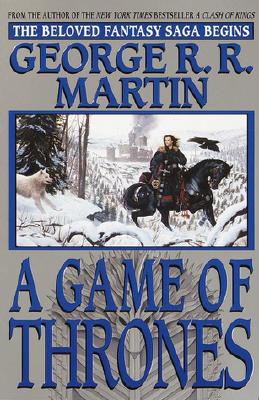 This is one of those few books that you can’t let go. You start, and you think: “Oh no, fantasy, with magic, with dragons, with strange made-up vocabulary, and… maps! I want to die”. But after the first chapter you simply can’t let go. The characters are so well developed, and so complex, that small parts of your personality get reflected in all of them. The story is so well written that you need to know what happens next. The feeling you have when a chapter ends is pretty similar to the one you have when a Lost episode ends. Really. So much beauty, terror, and power are contained in this book.

The best part is that this is just the first of seven books, the whole saga being called A Song Of Ice And Fire.

The worst part is that the fifth book is yet to be published (July 12th they say). Having in mind that A Game Of Thrones was published in 1996, assuming linearity in the way of Martin’s writing, and knowing that in 16 years he has published five books, this means that the seventh book won’t be published until the summer of 2018 (at least).

And by then the winter would have come, and go, and come back again, and shit, I might be dead by then.

bookssong of ice and fire