Earthquakes in the SF Bay Area

Yesterday was the first time in my life I felt an Earthquake. Today it’s been the second time. Two small Earthquakes in Milpitas, CA in two consecutive days (4.1 and 3.8 magnitudes respectively). Yesterday I was in class when it happened, today I was in my bedroom. In both cases I could feel the building shake as if it were made out of paper.

People here are used to Earthquakes. But now they’ve started talking about The Big One Coming. There is one Big Earthquake in the San Francisco Bay Area every 100 years. The last one destroyed the city as you can see in this picture: 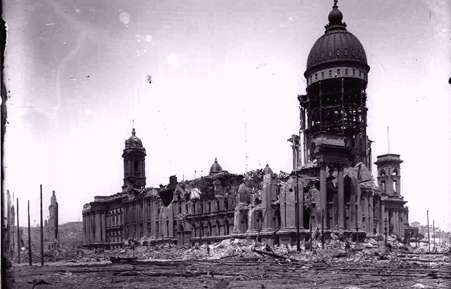 So yeah, the Big One may come soon.

PD: A 4.2 Earthquake is relatively small, but it still can do a lot of damage: Read what happened in Italy recently