A Computer Scientist’s View of Life, the Universe, and Everything

With this great title (A Computer Scientist’s View of Life, the Universe, and Everything), Jürgen Schmidhuber presents a fascinating scientific paper that tries to find an answer to the question “Is the universe computable?”

You can find the paper here. 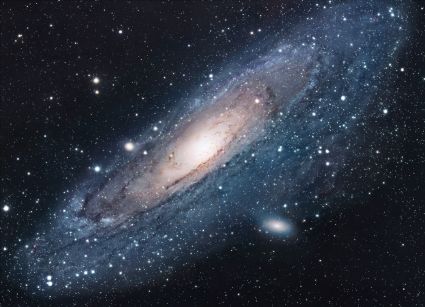 And here there are some great quotes:

Possible limitations of the Great Programmer. He does not need not be very smart. For instance, in some of His universes phenomena will appear that humans would call life. The Great Programmer won’t have to be able to recognize them.

More than 2000 years of European philosophy dealt with the distinction between body and soul. The Great Programmer does not care. The processes that correspond to our brain firing patterns and the sound waves they provoke during discussions about body and soul correspond to computable substrings of our universe’s evolution. Bitstrings representing such talk may evolve in many universes. For instance, sound wave patterns representing no- tions such as body and soul and “consciousness” may be useful in everyday lan- guage of certain inhabitants of those universes. From the view of the Great Pro- grammer, though, such bitstring subpatterns may be entirely irrelevant. There is no need for Him to load them with “meaning”.

Conclusion. By stepping back and adopting the Great Programmer’s point of view, classic problems of philosophy go away.

I really enjoyed reading all of this. However, it’s sad to my religion beliefs not to have found anything related to a Flying Spaghetti Monster on this paper.