I’m having such a hard time to make english speaking people pronounce my name. I decided to write this post about where it comes from and what it actually mean.

Uri comes from Oriol. It is a common Catalan name, nearly as common an Jordi (George) or Marc in Catalunya.

So, obviously, Uri is Oriol’s nickname. Some people ask me why I don’t write Ori instead of Uri. This is because, following the Catalan rules, Ori would be /ɔ ɾ i/, not /u ɾ i/. No, I won’t go deeper in that, but if you want to know more about these rules just ask.

By the way, almost everybody calls me Uri. Only my parents/family, some professors, and a few friends that want to make me laugh call me Oriol.

Semantically, Oriol comes from the latin word for golden (“aureus”). And a yellow bird that can be found in some forests in Catalunya is named Oriol as well. 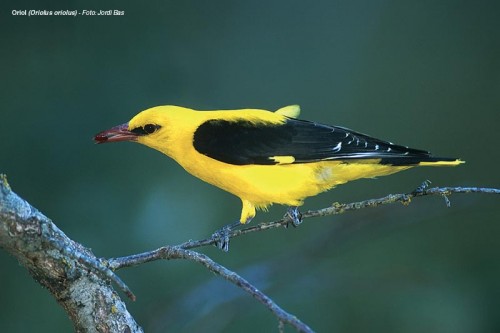 Oh, and yes, I like my name and I’m quite proud of it.